Garage rock band Sweaty Palms have caused quite the stir in Glasgow since they started touring last christmas. Becoming renowned for playing gigs full of carnage and leaving audiences (and themselves) ripping at the seams, means everyone else in the UK circuit is gradually catching on. After a successful tour in July - including a headline set at T in the Park's T Break Stage on the Sunday night - the quartette are back for more; joining us in the fields of Drumlanrig castle

The countdown to Electric Fields 2016 is well underway. With four more days until the main attraction, we thought we'd give you another look at who we think you should see this Friday and Saturday. Tuff Love are a dreamy unit from Glasgow who specialise in visceral guitar pop and excel in producing husky melodies which will swim around your mind for days. The duo have been writing for the past four years, supplying themselves with a back-catalogue of tracks to be proud of. Fr

The Electric Fields lineup is overflowing with Scottish charm this year, featuring some of the most talented new bands to come out of the country since 2012. Neon Waltz are a six-piece from John O' Groats who specialise in shimmery alt-rock. After featuring in national publications like NME and The Skinny in 2015, Neon Waltz became an integral part of the UK new music circuit. As it turns out, we aren't the only ones who are feeling very happy about this year's lineup. Neon W 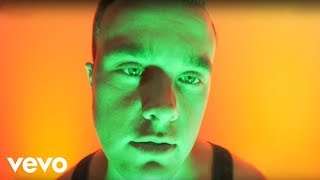 MUSIC: SLAVES SHOW OFF VIDEO FOR NEW SINGLE SPIT IT OUT, ALONG WITH TOUR AND 2ND ALBUM ANNOUNCEMENTS

Woah Nelly, that's a big title. Slaves have given us a hell of a lot to look forward to this week. First, we get a new single, Spit It Out - which is angry and bolshy and brilliant by the way. Then, we get a massive tour announcement, including shows in Glasgow, London, Leeds, Manchester, Birmingham and every other UK city you can think of. Tickets go on sale tomorrow and you better get on that shit asap, because their recent show at 100 Club sold out in under 2 minutes. Fina

Junk Son is back with another hypnotic single as follow-up to the success of his self-entitled EP, released in July. Picture is the penultimate track taken from the South Londoner's debut album, coming on November 24th, entitled Beginning, Ending, Pretending. This track lays homage to his backlog of pieces; sticking to his characterised hypnotic sound. The single is out on all platforms today, for your listening pleasure. “With this track I was fixated on the idea of capturin

MUSIC: INTRODUCING: GET SOME CHUPA CABRA IN YE

Welsh born three-piece, Chupa Cabra make proper post punk noise. They've got a musical sound/image we're 100% into and you should be too. This hungry trio will release their newest single Mouths to Feed on August 22nd, in cassette format, for all your listening pleasure. The title track is raw and melodic; spitting out the kinds of thrills that define live music. Play it loud and you'll get the sensation of being at a gig in your bedroom. You might even want to punch somethin

MUSIC: DAISY VICTORIA IS AN ANGEL WITH A DEMON'S VOICE

Daisy Victoria is a self-proclimed "quiet lady who makes raucous music in a Suffolk wood." Don't let her demure appearance fool you. This woman's got gutts, she's got character and she's got the vocal range of a giant. Capitalising on her tantalizing vox, means Daisy Victoria's music oozes a hypnotic charm that both caresses and scratches at your cheek. Her voice is as whimsical as it is disconcerting and - with a backdrop of heavy guitar and a ruthless rhythm section - makes

It is difficult for smaller cities to avoid being shrouded by the musical hub of Glasgow and the cultural epicentre of Edinburgh. Even Dundee and Aberdeen have their fair share of musical attention. Fear not, for Perth Music Expo have something marvellous lined up for September. Here lies the unique opportunity to see some of your favourite Scottish bands in a wholly new setting. Intimate, friendly and focussed. The Perth Music Expo lineup keeps getting stronger and will shin 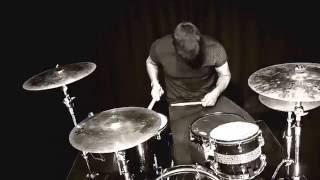 Himalayas just released their debut music video. Cheap Thrills is the first track off of their upcoming Ecstasy EP, which is due on the 24th of this month. The video shows a sepia toned live performance of the above single, filmed in an intricate way, to artistically define the generic set-up of the band. Forming in early 2015, means this quartet of Cardiff boys have had ample time to refine their sound. Their endless successful UK shows have been rife with energy and carnage 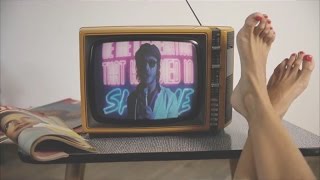 Anglo-French duo Bosco Rogers (AKA Barth Corbelet and Del Vargas) dropped their video for True Romance last week - the lead single from their debut album Post Exotic. If psychedelic garage pop is your thing then you'll definitely want to check it out. Directed by Swiss filmmakers Ramon & Pedro, the video is a neon-drenched throwback to the cheesy music videos of the '80s, complete with kaleidoscopic aesthetics and some very funny - and questionable - dance moves from Corbelet
12
3
45